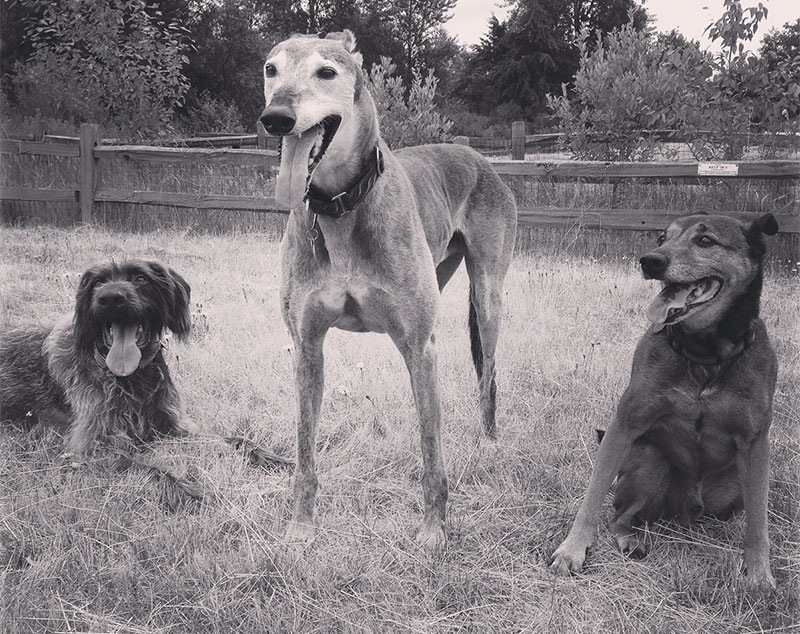 One of my favorite places to sit and watch dogs is at an off-leash dog park. There is something about the excitement the moment the leash is disconnected that cannot be described. The posturing when a new dog approaches. A quid pro quo butt sniff. A tail wag. And then the full on play begins. Most of the time we all make it through the gauntlet of the dog park unscathed, but many the unfortunate dog (and people periodically) fall victim to the potential maladies that hide in what seems to be such a wondrous place.

I won’t bore you with a detailed list of all the injuries and ailments I have seen come from a dog park outing, but I will keep it to the most common things that come through our doors. Things such as dog bites, lameness, parasitic infections, and upper respiratory infections are by far the most common.

Dog bites are a potential any time dogs of an unknown (or sometimes known) social hierarchy interact. In such a setting, a dog must be able to both read another dogs signals while at the same time display appropriate response signals. If the message is not received, say one of the dogs is speaking English and the other Spanish, the potential for abnormal responses or escalation may occur. Dog bites can also happen during rowdy play such as chase or when “wrestling”. In the case of thinned skin dogs, such as sighthounds (I know from personal experience owning greyhounds), the skin may just open up from a light breeze.

Limping is another common problem that occurs at the dog park. Due to the complexity of orthopedic injuries and the many different forms, it is beyond the scope of this measly little blog post.

Parasitic infection is an often overlooked concern with dog parks but is becoming much more common. It is hard to say the exact reason why we are seeing more infections, but my guess is that as the human population continues to grow in Seattle, so too does the dog population. Unfortunately, the available space for both people and pets is not increasing thus we are dealing with a larger concentration of dogs in small spaces. Many of the parasitic infections, with giardia being the most prevalent, are spread via oral ingestion of the infectious material which is often spread into the environment via feces. Many of these bugs are difficult to remove from the environment and can last for months. I strongly encourage all dog owners to discuss parasite control options with your regular veterinarian, and determine the risk for your individual dog.

The last group of dog park ailments that I will briefly mention today is the dreaded upper respiratory infections (often called kennel cough). This group of infectious agents includes not only the most notable bacteria, Bordetella (the vaccine that boarding and grooming facilities often require), but also includes a variety of virus, such as parainfluenza, canine influenza (of which there are 2 strains), and herpesvirus, as well as less common bacteria such as mycoplasma. The good news is that we now have effective and safe vaccines for 6 of the most common upper respiratory pathogens including the newest strain of canine influenza. I know I sound like a broken record, but please discuss your dog’s risk with your regular veterinarian.

With all that said, please enjoy your local dog park. Please remember to do so in a safe and conscientious way. Hope to see you there!

Until next time, Dr. Nick.